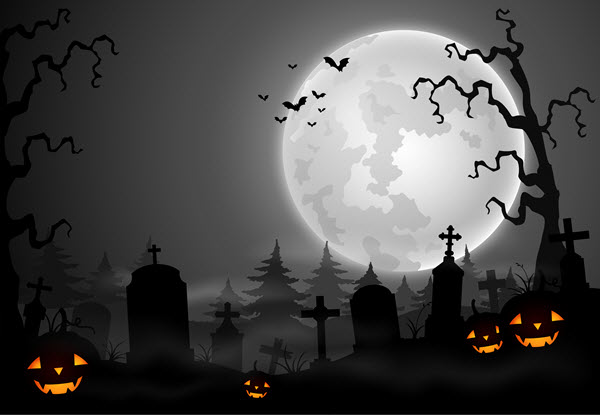 While we reminisced about classic Halloween movies, our list of favorites also include some more recent releases.

It’s the Great Pumpkin, Charlie Brown (1966) – Who doesn’t love this Peanuts classic where loyal Linus misses trick-or-treating in the hopes of seeing The Great Pumpkin. Love-struck Sally joins him in the pumpkin patch and poor Charlie Brown has a scissors mishap making his ghost costume. But I still don’t understand what the whole Snoopy/Red Baron scene has to do with this move.

Disney’s Halloweentown (1998) – This TV-movie follows three siblings after they discover their grandmother is a witch. Kids will love all the magic and special effects.

Hotel Transylvania (2012) – Dracula creates a plan for protecting his daughter, Mavis, from the dangers of the world. This is a theme that parents and kids alike can understand and relate to.

Classic Halloween Movies from the ’80s

Halloween (1978) – On Halloween night in 1963 six-year-old Michael Myers inexplicably kills his sister and is committed to a mental hospital. Fifteen years later, Michael escapes with the intent to kill again and wreaks terror on the small town and Jamie Lee Curtis, in her feature film debut. And so the slasher film genre was born!

A Nightmare on Elm Street (1984) – Who can forget Freddy Kruger, with his knife-like fingers, who terrorized teens in their dreams, which killed them in reality. Did you know this was Johnny Depp’s feature film debut?

Child’s Play (1988) – Remember that crazy ugly doll, Chucky? Serial killer and fugitive Charles Lee Ray’s spirit entered Chucky via some voodoo spell right as Charles was dying. An unsuspecting mother buys the doll, gives it to her son, and a murderous rampage ensues.

The Ring (2002) – This American remake of a Japanese horror classic involves a cursed videotape which kills anyone who watches it within 7 days. The creepiest part for me was the visual of the girl by the well.

The Gift (2015) – Jason Bateman stars as Simon Callem in this thriller about a married couple who relocates to Los Angeles and are befriended by a long-lost friend of Simon’s. While this friend offers nice gestures, they are unwelcome by Simon, who is unwilling to share his childhood secrets with his wife. The ending will leave you shaking your head, wondering if you know the truth.

Identity (2003) – John Cusack stars in this film about 10 people who get stranded at a motel in the middle of nowhere during a severe rainstorm along with a mass murderer. Take a guess as to what starts to happen. Reminiscent of Agatha Christie’s book, And Then There Where None.

What are your favorite Halloween movies? Leave your picks in the comment section below!

Just because we’re closed for the season doesn’t mean we’ll be hibernating!

Proudly supplying party tents in Dutchess County and the Hudson Valley, NY since 1997.

We take great pride in giving great service AND great prices to our customers. 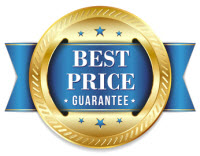 5 stars! Your party or event is going to be fantastic if you use American Tent & Party Rentals! ~ Stephen

5 stars - Terry is a detailed-oriented person that makes certain nothing is missing from your event. She works with you to cover all your needs - not just with a tent! ~ Catherine

"Your tent service employees Anthony & Nick left my house a few minutes ago and I just wanted you to know that I really appreciated how quick, efficient, and professional they were/are. It's nice to see these days that there are still hardworking nice guys out there!" Thank You, The Grant Family

Thank you SO much for the tent, chairs & tables! Your set up crew was super polite and worked quickly (they even arrived half an hour earlier than expected!) and everything was very clean and in great condition. And no one can beat your prices! ~Christina L.

We think your tents are great and we count you as a great friend of Indian Rock Schoolhouse! ~Ann

Everything was great!  Thank you so much for keeping us dry and making everyone happy.  The tents looked great and I appreciate it--couldn't beat your prices!!  John S--Pawling, NY

Everything went great, thank goodness I rented the tent...it POURED! Everyone still had a great time though :) The guys who delivered the tent were really nice, we were chatting for a few because they were wearing Arlington shirts (I went to John Jay) so we were joking but they were really polite and got END_OF_DOCUMENT_TOKEN_TO_BE_REPLACED

Dealing with this company was very easy and she was very accommodating since we added a second tent and more tables/chairs at the last minute. The guys were efficient with set up and take down. Will definitely use in the future if we need! ~Jeremy D.,Lagrangeville

"We used you for our daughters high school graduation party and we highly recommend American Tent & Party Rentals ⭐⭐⭐⭐⭐ Great local business, well run, affordable pricing, on time, accessible, responsive - you made it easy for us! Thanks to Terry and her team 👍🏻" ~ Barbara G.

"We rented a tent, tables and chairs for our son's graduation party. We had an excellent experience, prompt replies to all questions, and accommodated our request for timing of delivery. We would definitely use them again!" ~ Melissa R.

"I love the service, everything was in great shape like new. Happy customer." ~ Angie I.

"Terry is a detailed-oriented person that makes certain nothing is missing from your event. She works with you to cover all your needs - not just with a tent!" ~ Catherine N.

"Great service super friendly staff.... much better prices than the competition ... what more could you ask for? Thanks, Terry!" ~ BJ

"Your party or event is going to be fantastic if you use American Tent & Party Rentals!" ~ Stevie

"They just put up the tent and I just wanted to let you know what a great set of guys they were! They were both so nice and the tent looks great! Thank you!" Liz E.

Terry, I am so grateful for you and that beautiful tent that was delivered to my home! Getting a tent from American Tent & Party Rentals pretty much served as insurance that the weather wouldn’t be as horrific as it was predicted to be for our outdoor get-together. What a sense of security your tent END_OF_DOCUMENT_TOKEN_TO_BE_REPLACED

Thank you for your flawless set up & pick up service. I never even saw them come for pick up! Thank you for helping to make our get-together even more successful and stress-free. A good time was has by all. Thank you Terry for being there for me. I appreciate you and your tent.

Great night! Thank you so much.

Everything was great! The two guys that set up were awesome! ~ The Croutch Family

"Everything was great! The two guys that set up were awesome!!" - Nikki C

Great company to do business with. They are reasonably priced and have excellent items to rent that are in great shape. They deliver, install and take away. They are very good at communication. - Wm Sayegh

I just wanted to thank you for your services. The two men who installed and took down the tent were very professional and respectful.  The next time I need a tent rental, you will be the first one I contact. Phil P.

Sign up for our email newsletter & receive tips for entertaining.

Sign up for our email newsletter & receive your coupon code! It's that easy!
We use cookies on our website to give you the most relevant experience by remembering your preferences and repeat visits. By clicking “Accept”, you consent to the use of ALL the cookies.
Do not sell my personal information.
Cookie SettingsAccept
Manage consent

This website uses cookies to improve your experience while you navigate through the website. Out of these, the cookies that are categorized as necessary are stored on your browser as they are essential for the working of basic functionalities of the website. We also use third-party cookies that help us analyze and understand how you use this website. These cookies will be stored in your browser only with your consent. You also have the option to opt-out of these cookies. But opting out of some of these cookies may affect your browsing experience.
Necessary Always Enabled
Necessary cookies are absolutely essential for the website to function properly. These cookies ensure basic functionalities and security features of the website, anonymously.
Functional
Functional cookies help to perform certain functionalities like sharing the content of the website on social media platforms, collect feedbacks, and other third-party features.
Performance
Performance cookies are used to understand and analyze the key performance indexes of the website which helps in delivering a better user experience for the visitors.
Analytics
Analytical cookies are used to understand how visitors interact with the website. These cookies help provide information on metrics the number of visitors, bounce rate, traffic source, etc.
Advertisement
Advertisement cookies are used to provide visitors with relevant ads and marketing campaigns. These cookies track visitors across websites and collect information to provide customized ads.
Others
Other uncategorized cookies are those that are being analyzed and have not been classified into a category as yet.
SAVE & ACCEPT
Powered by